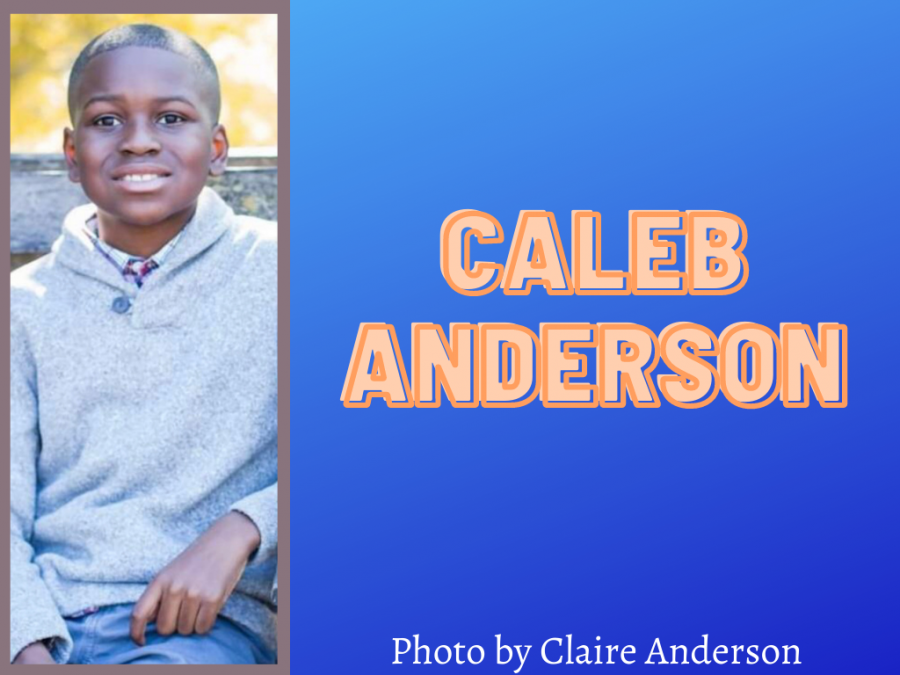 Caleb Anderson is currently a 12-year-old freshman at Chattahoochee Technical College. He is a fast learner and gets information quicker than most people, confirming his exceptional abilities.

When Caleb was nine months old he started signing to communicate with his parents. Then at the age of 2, he read the preamble of the US Constitution and started first grade. All of these milestones happened in only a span of two years. His mother and father were amazed by his abilities at such a young age. “At certain points, it was doubts, unbelief, surprise. Kind of all mixed with different feelings.” Caleb’s dad said.

As Caleb grew older people started doubting his parent’s claims of their extraordinary child.“It almost felt like I had to convince people that this child is exceptional.” Claire Anderson said,

“And that is why I made the decision to go ahead and get him tested in MENSA because I wanted for something that I believe in my heart, and in my child to be true for other people to see it also”

MENSA is a non-profit organization that is open to anyone who scores 98th percentile or above on any supervised IQ or intelligence test. Caleb joined MENSA at five years old. This supported his mother’s belief that he was gifted academically.

As Caleb first started school he far surpassed all his classmates from elementary all the way to middle school. When Caleb reached middle school he was targeted by his peers due to him being an intellectually gifted student. “At my middle school, a lot of people treated me like I was an alien,” Caleb said.

As if being bullied by classmates wasn’t enough, “I was in middle school and I really didn’t like it, it was really boring. And I wasn’t learning anything, I wasn’t being challenged.” Caleb said. Middle school swept a blanket of boredom and limitation over Caleb.  Until he took action and asked his parents if there was another option for him academically. That’s what planted the seed for him to go to college at age 12.

As always anyone who wants to go to college has to take the entry test. “When he aced the college entry exam. I was ecstatic. But I almost felt vindicated. Because now. Others can see what I’ve always seen,” Claire Anderson said. After he passed the entry exams, It became clear to many that Caleb had gifted abilities.

During Caleb’s first month of his incredible journey in college, he was elated by the difference in the way the students treated him. “They welcomed me, it was like I was like, you know, their little brother. And, like I was a friend and I really, that really you know that welcomed environment.” Caleb said. He felt the welcoming environment made it less stressful, and he was much happier.

Now that Caleb is being surrounded by peers with his level of confidence, drive, hard work, and knowledge he is able to thrive. “It really helped me with my grades and helped me with my life, and I’m really glad that happened,” Caleb said. Currently, he is beginning his sophomore year of college.

His mother had wise counsel for anyone like Caleb. “Follow your dream, there’s nothing not normal with loving to learn.” Claire Anderson said