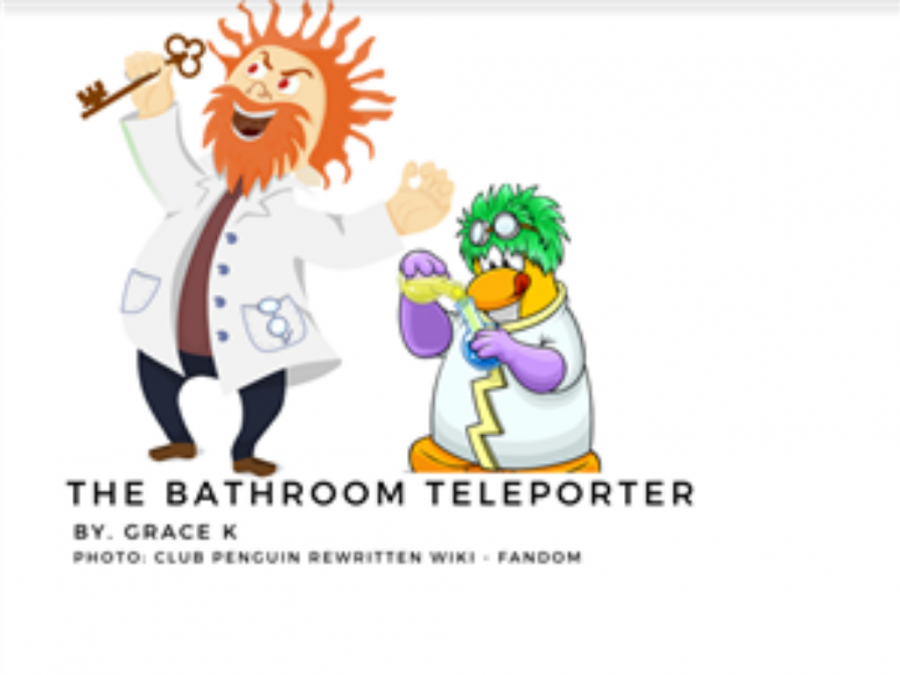 Uhhhgggg!” said the scientist, named Hector, “There’s a thunderstorm, how will I ever be able to study the sun when I can’t even see it!” The thunder and lightning roared as the rain came pouring down. They were safe inside an Ihop eating breakfast.“It’s fine, we can fix this!” Said his sidekick, named Porter, who was turned into a penguin after an experiment gone wrong two years ago. “How?” Questioned Hector, “Our lair is in the secret basement in the library all the way across town, we’ll never make it!” Porter responded, “You’re right.” They sat in the Ihop booth thinking on what to do. As they thought the thunderstorm only got louder and bigger. “I can’t even think because of how loud this thunderstorm is!” Said Hector Angrily. Then all of a sudden Porter stood up and shouted, “AAAHAA! I got it!” The whole Ihop stared and looked back at Hector and Porter. Hector was not only embarrassed but excited that Poter had an idea. “Ok now hear me out Hector, hear me out!” Porter said while sitting back down, “How about we build a teleportation system from Ihop to our lair.” Hector thought this was a great idea. Then Hector said, “Wait where would we build it.” This had Porter thinking. As they thought of where to build it the rain started to calm down. “Look we gotta think quick before we have to leave!” Claimed Hector. “Your right uhh how about the boy’s bathroom?” That idea sounded crazy to Hector at first, but then he remembered the secret trap door underneath the smallest stall in the corner. “Yes, that’s a great idea but how are we gonna sneak in there with no one noticing?” Hector asked. This question haunted hector until Porter responded, “We can just pretend we are using the bathroom then when everyone leaves the bathroom we will have to sneak down to the trap door.” This idea calmed Hector down. “Ok yeah great idea Porter,” Hector stated, “You may be a penguin but you sure are smart.” This statement annoyed Porter, but he wasn’t focused on that he was focused on building the teleportation system. “Whatever let’s go,” Porter said while running to the bathroom. Hector ran right behind Porter. They ran into the bathroom and surprisingly no one was there. They ran into the stall and locked the door. “Ok, it’s right under this toilet,” Hector said. They unscrewed the screws and picked it up. The trap door was there. They opened it up and cleaned out all the cobwebs and dust. They looked for supplies in their backpack Hector takes everywhere with him. It is filled with screws, engines, and tools. They began building. A couple of hours went by and in those hours they made a lot of progress but had to pause when people came in. “There the last piece,” Porter said barely being able to keep his eyes open. Hector then thought of something. Is it still raining? Hector stood up and ran outside where the sun was shining and the muddy puddles were being dried up. “Really,” Hector said. Porter came running outside with a smile on his face but when he realized it stopped raining his smile quickly changed to a frown. “Oh great,” Porter said in grief, “ if we had just waited out the rain it would have been so much easier.” Without thinking they left totally forgetting they just built a teleporter. When they arrived back to the lair they just groaned and moaned in pain. By the time they were done complaining about the pain in there backs and heads hands, it was night. They just went to bed and didn’t think about the teleporter. The next morning 50 people showed up in their lair. Hector and Porter realized that the teleporter was still turned on. One of the citizens was so scared they called the police. They soon got arrested and were never seen again.